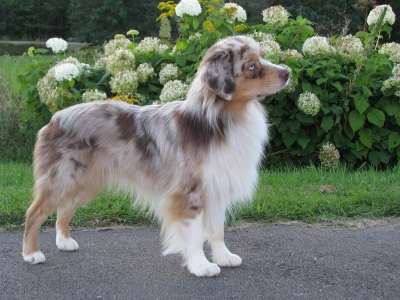 The Miniature American Shepherd is a friendly, adaptable dog. He is like his big relative for agility, obedience and of course hegemony and should be encouraged accordingly.